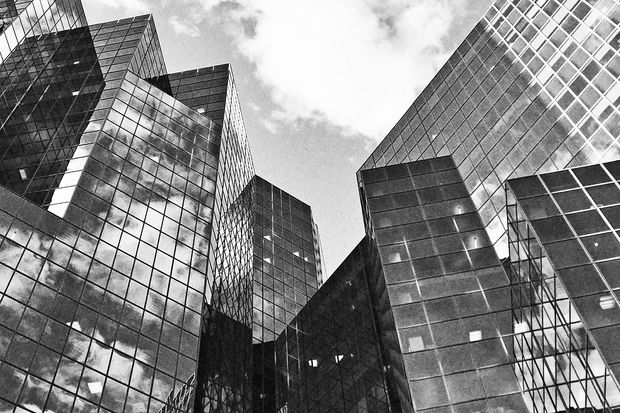 
When I started my business in the late 1960s, it never occurred to me that, even at age 18, I couldn’t be an entrepreneur. Even very early in my career, bankers—that is, real people greeting me at a brick-and-mortar location—took the time to help me and lend me capital after spending time with me and trusting my business plans. But today, despite the fact that entrepreneurship is more popular and praised than ever, according to the Kauffman Foundation, the number of new start-ups in the United States is approximately half of what it was 30 years ago. According to the World Bank, the U.S. currently ranks 53rd in terms of ease of starting a new business.

Of the many factors that have contributed to today’s challenging startup environment, perhaps the most surprising in the wealthiest country in the world is a lack of access to capital.

While venture-backed startups get a lot of media attention, less than 1% of startups receive venture capital funding. VC funding is also highly concentrated in certain cities (think San Francisco and New York) and certain industries (like tech). That leaves 99% of startups to rely on other capital sources.

For generations, community banks have served this purpose, engaging in relationship-lending to support local entrepreneurs who may not always look the best on paper, but who have solid business plans that can make a difference in the community. Community banks provide almost 50 percent of all small business loans, according to the Small Business Administration (SBA).

But community banks have declined over the last 30 years as well. For decades, we have seen increased consolidation in the banking industry, driven by a surge in M&A activity in the 1990s and again following the most recent financial crisis. In 1985, there were 18,033 FDIC-insured banks across the U.S.; by 2018, there were just 5,477 such banks across the U.S. This has not only resulted in fewer banks, but larger banks.

has $ 2.34 trillion, and
Citigroup
Inc.
has $1.93 trillion. Larger banks by nature look for larger customers. This has made it more and more difficult for smaller businesses—let alone startups—to gain traction with larger banks, particularly in underbanked rural markets. Startups have become collateral damage in the race to consolidate.

Regulation has also contributed to the problem. New regulations imposed on banks following the Great Recession, most notably the Dodd-Frank Act, increased banks’ regulatory compliance requirements needed to make loans to businesses, inadvertently disincentivizing banks from lending to small, growing businesses and startups. These regulations addressed understandable concerns over banking safety and soundness following the financial downturn, but as a result created a new problem by reducing the viability of small banks—critically reducing a major capital source for new businesses. This heightened government oversight and the increased cost of compliance has hit community banks especially hard, because they have fewer lawyers and compliance officers to untangle all the red tape. This outcome has largely benefitted established borrowers at the expense of unproven startups. It has created ample opportunities for a handful of borrowers with strong credit while eliminating a great deal of potential competition.

This decline of community banks and stricter banking regulations have made it much more difficult for traditional start-ups to gain access to capital. But entrepreneurship is the backbone of the U.S. economy, accounting for the majority of net new job creation, spurring innovation, and growing the middle class. According to the SBA, small businesses make up over 99% of U.S. employer firms, almost two-thirds of net new private-sector jobs, roughly half of private-sector employment. It is essential that we address the obstacles that have caused the current decline in startup activity. We have an opportunity to create responsible policies that support growing start-up ecosystems throughout the country, and that begins with providing all entrepreneurs with greater access to capital. If we don’t, the entrepreneurial energy that animates the American Dream will continue to slip away.

Craig Hall is an entrepreneur and the author of BOOM: Bridging the Opportunity Gap to Reignite Startups.

Want to join the discussion?
Feel free to contribute!

Making a Beat for Gary Vaynerchuk